Luck is a lady at Perseverance Theatre’s March production

“Guys and Dolls,” Perseverance Theatre’s next production, runs March 15 to April 14, with a special UAS night on April 10.

The production is adapted from the 1950s Broadway musical production of the same name. It has seen historical success, with multiple revivals and a film after its original run. Guys and Dolls has received critical acclaim throughout the years at the Tony awards. Frank Sinatra starred as leading man Nathan Detroit in the 1955 film adaptation of “Guys and Dolls.”

The general plot follows Nathan Detroit, owner of an illegal floating craps game, as well as another gambler by the name of Sky Masterson. Detroit has recently gone broke and in order to get his money back makes a bet with Masterson to take a woman of his choosing to Havana, Cuba. Both men end up falling in love and reforming their ways.

The story follows characters within the hustle and bustle of 1920s New York. The music in the production was composed to match the time period, and focuses on vocals and classical band instruments such as trumpets, trombones, and horns. The style of music is different than modern day and gives off a different feeling.

“It’s fun, it’s got a good energy to it. The show that Perseverance is doing is going for that ’30’s feel. So it’s got a lot of that good jazzy-ness vibe to it with some fun music elements,” cast member Felix Thillet said.

“It has that East Coast type of energy per se in that old New York feel with elements of that underworld and the mischief that comes with it,” he said. Thillet is also UAS Student Activities administrative assistant.

Director of Outreach and Engagement Julie Coppens said university students will connect to the show.

“The music of ‘Guys and Dolls’ comes from the Golden Age of American popular song (early to mid-20th century), when pop music was what pretty much everybody was listening to,” Coppens said.

“These are songs that make you want to get up and move, or to reach out and hold someone’s hand. I think UAS students will relate strongly to the music of ‘Guys And Dolls’ and will surprise themselves by humming a lot of these tunes on their way out of the theatre,” Coppens said.

The Perseverance show will differ from the original production, especially in cast numbers. The original show had a cast up to 30 people while the Perseverance production “will have a cast of 15 people,” Thillet said.  This means that actors will be playing multiple roles.

Coppens talked about other ways the play differs. “Whenever Perseverance takes on a “classic” — such as the Thornton Wilder drama ‘Our Town’ earlier this season, we do our best to re-imagine the piece under a contemporary Alaskan lens,” Coppens said.

Perseverance Theatre’s Pay as You Can performance for UAS students, faculty, staff, and Alumni and Friends is Wednesday, April 10. According to a UAS / Perseverance Theatre Memorandum of Agreement, UAS Campus Life will coordinate transportation from campus to the downtown Douglas theatre.

More information on the show can be found on the Perseverance website, www.ptalaska.org 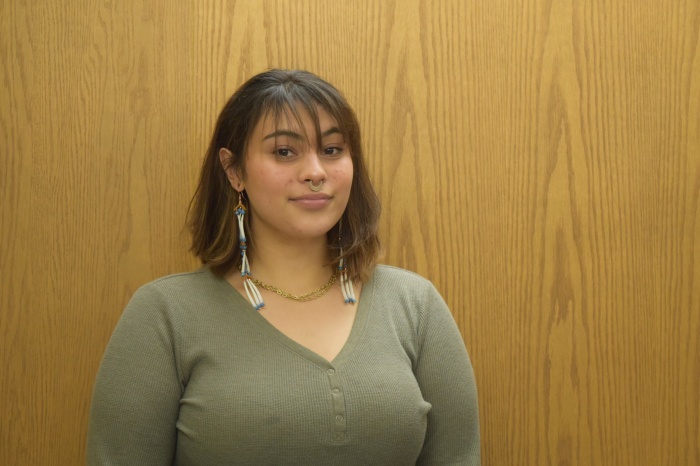 Happy new year from the UAS Whalesong! Are YOU looking forward to 2020? Let us know in the comments ⬇️ From left to right: Mike Flunker, staff writer; Baylee Schneider, staff writer; North, newshound; Khrystl Brouillette, editor-in-chief; Sierra Lissick, photographer; Kieran Poulson-Edwards, staff writer; Rosemarie Alexander, staff advisor 💥 JOIN OUR TEAM IN 2020 💥 ✅ DM us to find out how ✅ 📸 by Sierra Lissick
As of Dec. 18, 2019, President Donald J. Trump has become the third United States president to be impeached by the House of Representatives. So far, the process is only halfway through. Similar to other processes in the U.S. government, impeachment is a matter of checks and balances. First, the House of Representatives holds a formal inquiry to determine if there are grounds for impeachment. Next, the House judiciary committee can draft and approve said articles of impeachment. Then, these articles are sent back to the House of Representatives to be voted on. This determines whether or not the president is impeached. However, the process does not end here. The Senate acts as a courtroom in which the president is held accountable. A two-thirds majority is necessary to penalize the president, and that penalty could (but likely will not) be his ejection from office, according to the New York Times. Impeachment is not necessarily a precursor to removal from office. While Trump could effectively be removed from office, following this he would be replaced by Vice President Mike Pence. If the two-thirds vote is not upheld by the Senate, Trump will remain in office and join the history books alongside Presidents Andrew Johnson and Bill Clinton; the two other presidents that were impeached but not convicted by the Senate. 📸 by Baylee Schneider
Have you applied for URECA yet? There’s still time! The deadline is this Wednesday, December 4th. #URECA #SPIKETHEWHALE
Today at the UAS Recreation Center, Wooch.een hosted a series of traditional games. UAS student and coach-in-training, Lilli Bannerman, officiated the Alaskan High Kick event. “You have a ball hanging above you from a post. The player sits below it with one hand behind their back they hold one foot, not the ankle but the foot, on any point either side -or the toe- and then they kick with their opposite foot. When they land they have to keep that foot in the air and their butt cannot touch the floor,” Bannerman said. Photo 1: NYO athlete participated in Alaskan High Kick. Photo 2: Suspended ball used in the Alaskan High Kick Event. Photo 3: NYO athletes participated in the Inuit stick pull event. #NYO #spikethewhale @uasoutheast 📸 by Baylee Schneider
💥 SOCIAL MEDIA EXCLUSIVE 💥 Student Andrew Madsen is on campus every Monday between 9 and 11 a.m. giving out coffee, a breakfast snack and asking a question of the week. "I'm out here every monday morning. If I'm not outside of Mourant, then I'm probably by the bus stop [outside of Egan]," Madsen said. Madsen is a Junior in the Elementary Education program at UAS. Most of his classes are online this semester but still wanted to find a way to interact with the UAS community in person.
EXTRA! EXTRA! Read all about it! Newest issue of the Whalesong is out TODAY! Get yourself a copy on campus or around town!